Wanted: A new approach to life milestones from births to deaths and everything in between

I’ve spent the last five years working on problems of local news — but I was oblivious to one of the most interesting side effects of the digital disruption….until my wife became a funeral director. 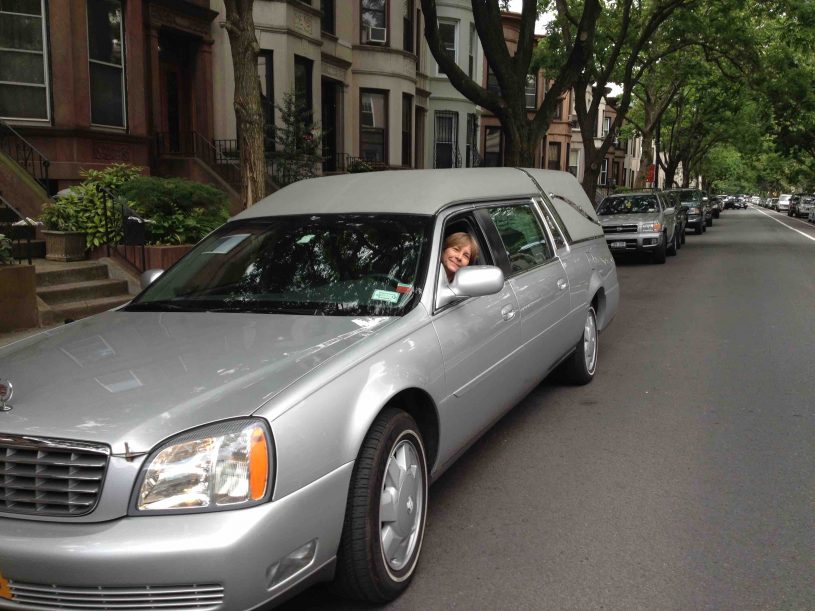 After being a writer for most of her life, Amy changed careers and started helping people craft funerals in Brooklyn a few years ago. She kept coming home with stories of amazing people she’d helped and I’d invariably ask if there was an obituary I could read.

No. There’s no obituary, she would say. At most there was a two-line announcement of the death on a funeral home website.

I became a bit obsessed and started counting. In Brooklyn, about 15,000 people die each year. By my rough count, 500–1,000 get a small death notice or occasionally a staff-written obituary. That means 14,000 of the 15,000 vanish without a proper telling of their story.

Brooklyn is an especially sad case, but around the country financially-struggling newspapers have had to cut back on staff-written obits and push readers toward increasingly expensive and usually insufficient death notices — dry recitations of accomplishments, often crammed into a single dense paragraph.

Eventually I saw that there’d been a change with not just memorials but celebrations. Big city newspapers still have wedding announcements (though used by a tiny percentage of the population) but have mostly given up on graduations, retirements, wedding anniversaries and more. 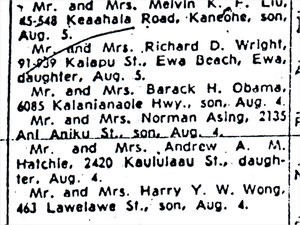 Next time someone born in Hawaii runs for President, how will we know they’re American?

You might be thinking: these functions have been picked up, with gusto, by new digital players. And it is true that social media platforms make it far easier for us to post photos or announcements.

Yet there’s something important missing.

First, the treatment on social media is usually fleeting, and we lack the ability to sufficiently curate a textured, in-depth story. Facebook’s recent addition of the “Sad” emoji doesn’t help. Deep condolences are not well conveyed through a yellow cartoon character shedding a little emoji tear.

The typical post then disappears under a stream of political vitriol and boxing kangaroos. What’s more, social network algorithms limit which of our friends even see these posts.

The problem is not lack of storage space. There’s no shortage of ways to capture “moments,” be they great births or great burritos. But “the cloud” has become the new attic, its contents stored and ultimately forgotten. We lack the ability to sufficiently curate a textured, in-depth story.

These phenomena, I believe, create a tremendous opportunity for media, including local. Let’s think of it as “hyper personal news” (because it’s not important unless it has a catchy buzzword). It’s why I have just launched a new site, LifePosts — but local media can capitalize on these phenomena on their own as well as with us.

We have learned over the past few years that new technology enables local media to do hyper local news — on a block by block basis — more easily. The economics are challenging and much of this is happening in the informal news economy — Facebook groups, email lists and blogs — but much creative energy has been (appropriately) applied in this space.

Hyper-personal news is about the most personal elements of someone’s life. Alas, the most important news event in a typical American’s life is not the Iowa caucus but rather the death of their parent or the birth of their child. If you want to strengthen your connection with local readers, figuring out how to serve them well at the moments of most intense despair and joy would be a good place to focus.

In one sense, this is not at all a new concept for news organizations. The very first issue of the first newspaper in America featured a death notice. 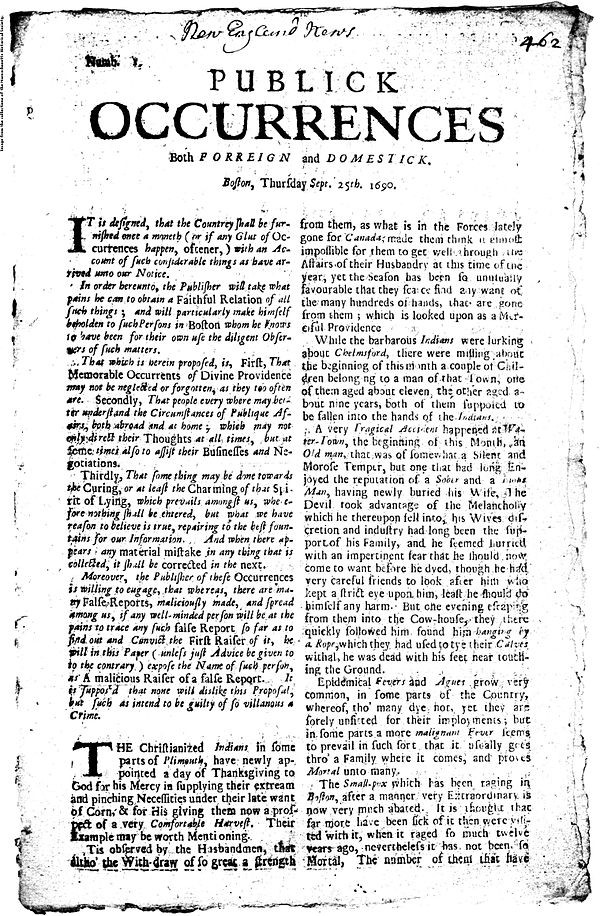 Most newspaper editors understand the value of obituaries and report that they are among the most popular things in the “paper” or on the website. In a study of newspaper obituaries, the Readership Institute — a consortium of the Kellogg School of Management and the Medill School at Northwestern University — found that 45 percent of consumers said obituaries were “important” to them and concluded:

“Obituaries — along with community announcements and stories about ordinary people — have the highest potential of all news items to grow readership.”

But if we can’t do this through staff-driven “coverage,” we must come up with new models that empower families to better tell their own stories. Sort of like paid death notices, but roughly a thousand times better than this: 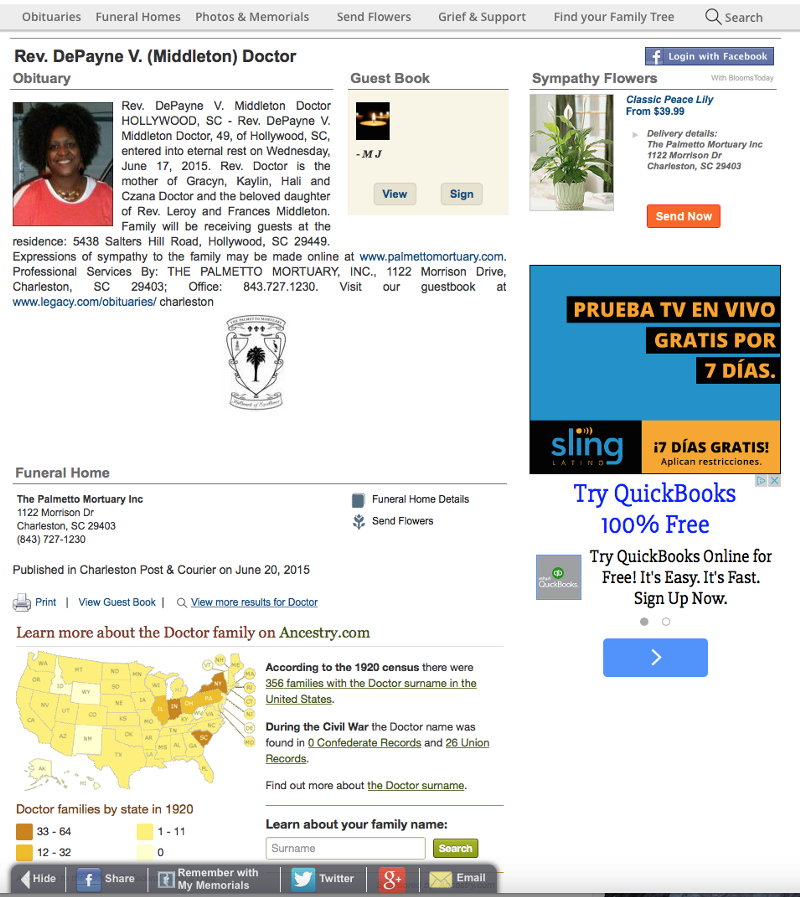 Imagine death notices but properly using, you know, the Internet, and all its tools. Unlimited space, video, photos, interactivity. All the things we take for granted in other parts of the digital world and yet have been oddly absent when it comes to this profoundly important area. This kind of hyper-personal news can be the core of a whole new type of local news model.

That’s why we created a platform that allows for families and friends to tell great stories.

In building LifePosts the most important thing we did was scour the internet for the best existing digital storytelling tools. We then adapted them to achieve two specific goals:

1) Make it easy for non-writers to create beautiful commemorations.

2) Make it easy for friends and family to collaborate, thereby making the creation be both multi-dimensional and less of a burden.

For instance, the LifeQs tool breaks it down to simple question prompts, some simple and fun (“What makes him laugh hardest?”) and some challenging and profound (“What should she be most remembered for?”).

The LifeTimeline tool enables people to construct a life story by breaking it down into discreet, manageable moments in time. 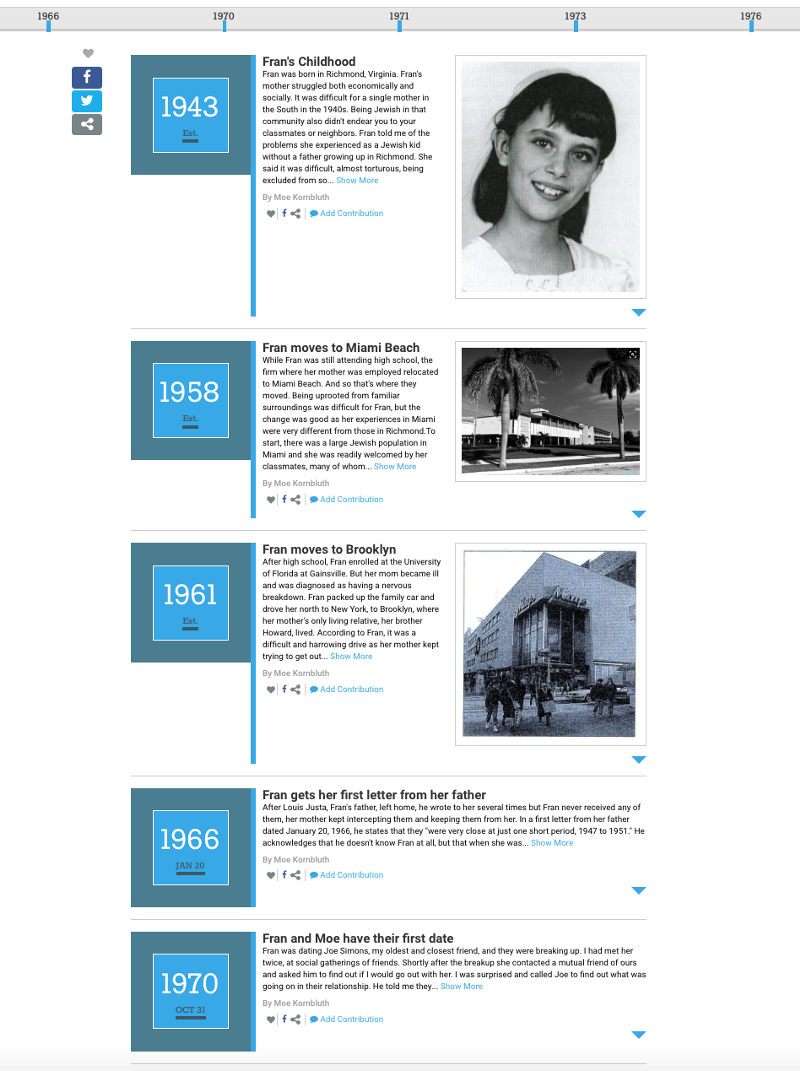 And friend-sourced story-telling will make the commemoration far more vibrant. Each wedding album can now offer the collective angles of all the phones that attended the wedding. Each memorial can capture the different facets of the departed’s life. It turns out that personal storytelling sometimes benefits from the same approach taught in journalism schools: having multiple sources can create a more nuanced picture.

Not to get all Bernie Sanders on you, but when it comes to equity, obit pages are moving in the wrong direction. It now costs hundreds if not thousands of dollars to write simple death notices.

Even in the golden age of obituaries, it was still dominated by white males. Entire classes of people were excluded.

In the new world, families can surface amazing stories themselves, and media can and should help spread the ones that are most inspiring or informative. The extraordinary woman who “only” raised eight kids and held together her church no longer needs to be ignored.

The new approach also allows for a much broader definition of what counts as an important life milestone, going way beyond births, deaths and weddings. Examples that have been suggested to us include: anniversary of sobriety, military enlistment, wedding anniversaries, retirement, religious conversion, major birthdays, new businesses, high school sports awards.

The business model for LifePosts is consumer payment. Although the site is free now — and will always be free to read or comment on — we will eventually charge consumers a fee to publish some or all their milestones. No ads. We will not emulate the coercive approach of some sites that force you to pay forever if you want access to a memorial. (“A pity if anything were to happen to the tribute of your mother…”).

The decision to ground our business model in consumer payment rather than advertising grew in part out my work studying local media ecosystems as Senior Advisor to the Chairman of the Federal Communications Commission. The old local advertising model is dying, transformed into something that will likely never sufficiently underwrite local journalism as it once did. Increasing amounts of local advertising dollars are going to Google or Facebook, and the growth of ad blockers will put further stress on the ad model.

In the search for non-advertising models, a useful question to ask is: what’s absolutely most important to readers? Is there a valuable service we can provide that would help with that? Better life milestones fit the bill.

Over time we will move to a distributed model, focused on working well with partners. On LifePosts, people can create public or private commemorations. The public ones will be offered to partners for free. (We’re still figuring out whether this is via embeds, RSS, iframes or something else. The Geraldine Dodge Foundation has given us a grant to make a WordPress plug in to local news websites.) But the gist is: if it’s better for their business model to have the LifePosts live on their site, that’s fine with us.

Publications that already print obituaries can use LifePosts tools to supplement what they already offer — or offer readers a new opportunity to create life milestones for other occasions (as was once common) including graduations, weddings, naturalizations, wedding anniversaries and more. Organizations interested in partnering with LifePosts should write me at Steve@lifeposts.com

There are a few big picture trends that influence my thinking on this.

First, people still seem to be dying. There’s strong anecdotal evidence that this will continue. As the baby boomers age, in fact, they’ll die in record numbers. Meanwhile, changes in the funeral industry have made it more important to memorialize in a different way. Cremations are on the rise, burials are in decline — so people need a way to mark and honor people other than with a tombstone.

Second, we are entering what I call the Remembrance Revolution. The gist: almost all of the 108 billion people who have lived in the past are entirely forgotten. We know nothing about them. Technology is changing that. Future generations will be able to know far more about us than we do about our ancestors.

What will we do with that? And what role will media organizations play in helping to shape this new reality?

The “Daily We” In Addition to the “Daily Me”

Modern digital economics invariably emphasize making it ever easier to pick and choose your friends or interests. In fact, even when you can use social media to tell your story adequately, it misses something that the community newspaper had — sharing the life story of someone beyond friends and family — to the guy down the block you say hello to when walking your dog, to the woman whose name you can’t remember at the PTA meeting, to complete strangers. At their best, obituaries have entertained, inspired and taught us about each other.

I can’t prove it, but I suspect the loss of hyper-personal news also has a social consequence. Newspaper obituaries — and coverage of other life moments — once helped knit together communities, and so their withering may be exacerbating the social trends toward fragmentation. Is it overly romantic to imagine that if we routinely witnessed the travails and celebrations of strangers, we would see them as more human?

All good editors know that there are thousands of stories hidden behind the front porches and apartment doors of America. LifePosts will allow the stories to be told, shared and preserved.

Let us know what you think.

What is Activity Hub?